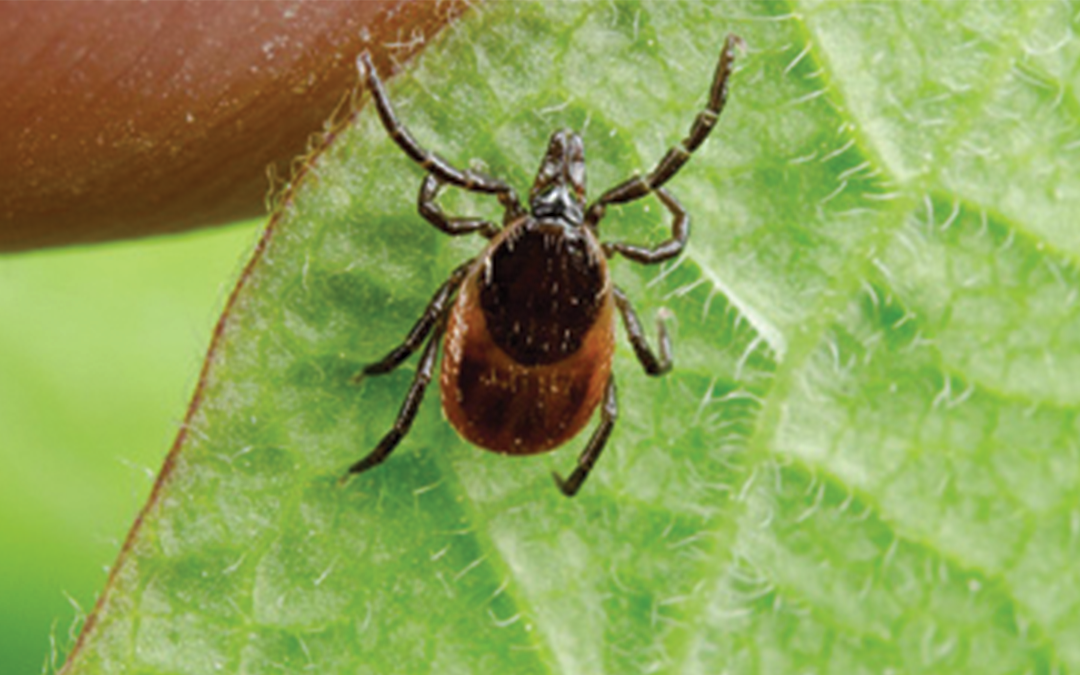 Finding an engorged tick on your body is unpleasant and can be a bit alarming. It makes most people itch just thinking about it. The threat of disease is always present where ticks are concerned and a tick bite should be taken seriously. Most tick-borne diseases take several hours to transmit to the host, so the sooner one is located and removed the better. Symptoms of most tick-borne diseases include fever and lethargy, though some can also cause weakness, lameness, joint swelling and/or anemia. Signs may take days, weeks or even months to appear. In our region of the United States Lyme Disease is the biggest threat.

Lyme Disease – Transmitted to humans through the bite of infected blacklegged ticks, Lyme disease is the most common vector-borne disease in the U.S. According to the Centers for Disease Control (CDC) approximately 30,000 cases of Lyme disease are reported across the U.S. each year. Because only a fraction of illnesses are actually reported, it is believed the numbers are much higher. Lyme Disease can cause fatigue, headache, stiff neck, fever, sore muscles and joints, and sometimes a red rash that looks like a bull’s-eye. Long term antibiotics usually help treat the disease. Sadly, if you don’t get treated right away, Lyme disease can cause serious problems with the joints, nervous system, and heart.

Powassan encephalitis – Powassan can be carried by deer tick, however it’s not nearly as common as Lyme Disease. Maine has seen a few human cases in the last decade. Signs and symptoms of infection can include fever, headache, vomiting, weakness, confusion, seizures, and memory loss. Long-term neurological problems may occur. There is no specific treatment, but people with severe Powassan virus illnesses often need to be hospitalized to receive respiratory support, intravenous fluids, or medications to reduce swelling in the brain. (Source- CDC)